SHENZHEN, China, July 5, 2022 /PRNewswire/ — The 2022 Huawei GLOBAL AI CHALLENGE was officially launched recently and opened to online registration, with all full-time students who are formally enrolled at a higher-education institution now eligible to enroll in the competition, and compete for US$210,000 in prize money. The competition is jointly held by the Jiangsu Association of Artificial Intelligence (JSAI), Huawei Consumer Cloud Service Department, and Huawei Nanjing Research Center, and aims to engage with aspiring young developers who share a passion for AI, as well as a commitment to applying AI to more scenarios for a fully connected, intelligent world.

The Huawei GLOBAL AI CHALLENGE is now in its fourth consecutive year since its start in 2019, and had attracted 2,500+ algorithm submissions, from nearly 8,000 teams in 45 countries and regions over its first three years. More than 150 contestants have been awarded. A number of outstanding contestants from the top universities and colleges in China were enrolled by Huawei. The competition marries theory with practice, bringing together young talent to nurture new AI technologies in both a theoretical and practical sense. 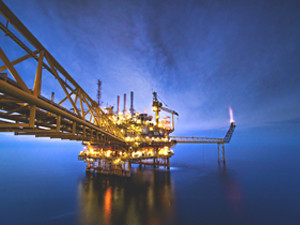 The competition has been enriched by the contributions of acclaimed international AI experts, who provide contestants with advice and mentorships. This year’s slate of experts includes Zhi-Hua Zhou, Professor and Head of the Department of Computer Science and Technology at Nanjing University and a foreign member of the Academy of Europe; Pascal Van Hentenryck, AAAI Fellow, A. Russell Chandler III Chair, and Professor at the H. Milton Stewart School; and Giuseppe De Giacomo, AAAI Fellow, ACM Fellow, and Full Professor at Sapienza University of Rome. Their expertise will bring an element of industry authority to the competition, and promote industrial and academic achievements, as well as research.

Prize money up for grabs

The contest was opened to registration on June 24, and will include preliminary (June 24 to August 24) and elite final (September 3 to mid-September) stages. Following an online competition in the preliminary stage, seven teams will be selected from each proposal to enter the elite final, where a total of 21 teams for the three proposals will compete for cash prizes via an online competition and presentation.

Huawei’s Shining Star Program has set aside a total of US$210,000 as prize money for the contest, which will be distributed to the top seven teams for each of the three proposals. The champion will be awarded US$35,000, the first runner-up US$15,000, and the second runner-up US$10,000. In addition, four teams will earn an honorary mention, which entitles them to US$2,500.

Huawei warmly invites all student developers who are daring enough to challenge themselves, to showcase their best work to the wider world.