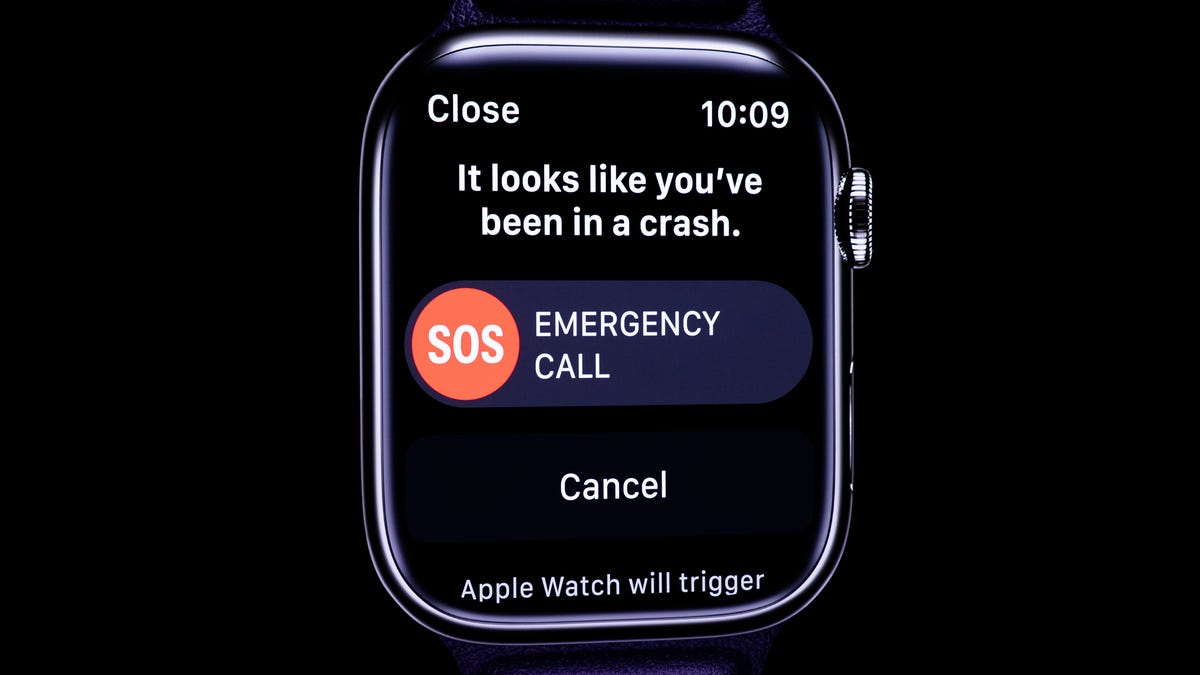 Back in 2000, the story of Chuck Noland gripped the country. He was traveling on an airplane for work one Christmas Eve when it hit a terrible storm and crashed into the ocean. He was the sole survivor. For four years, he was stuck, alone, on an island. If he’d had Apple’s iPhone 14, he may have been able to signal for help from a satellite orbiting many miles above.

Noland is a fictional character, played by Tom Hanks in the hit survival movie Cast Away. But the iPhone 14 is real.

Over the past couple weeks, Apple has released its newest iPhones and Apple Watches, all built with a series of features to make people feel safer. This year, the devices are designed to track as you’re diving in the ocean, hiking off the grid or doing more mundane tasks like looking for a friend in a crowd or driving home from school. Among the features are car crash detection and a way to use satellites to call for help even when you don’t have cell service.

“These products have become essential in our lives,” Apple CEO Tim Cook said when announcing the devices earlier this month. As if to emphasize the point, company executives repeated the word “essential” nearly a dozen times while showing off its newest products. “They’re always with you, useful wherever and whenever you need them, and are designed to work seamlessly together on their own.”Large play-pause toggle00:1616:07

These features may seem extreme — how often do you go exploring desolate deserts? — but they add to a sense of trust Apple’s hoping to forge. At a time when much of our collective faith in the tech industry has been shaken by seemingly endless privacy breaches, political controversies and bald-face lies from tech executives, the very idea that Apple wants us to trust it even more may seem silly. And Apple’s marketing around saving our lives may come off as overwrought.

If we’re not reckoning with the tech industry’s power in our lives, we’re debating whether we’ve become too dependent on it all. It’s gotten so bad that some people regularly go on “digital detoxes,” seeking out vacation spots beyond the signals of cellular carriers, in hopes of disconnecting from the seeming nonstop pace of modern life.

But the iPhone maker is charting a path by leaning on its health and safety features, alongside a growing list of privacy enhancements so effective they’ve frustrated advertisers, law enforcement and other tech companies.

“Apple’s developing this concept of personal safety, and bringing it to a whole new level,” said Tim Bajarin, an analyst with Creative Strategies. He added that Apple’s competitors will likely try to replicate Apple’s safety features too, but the tech giant’s larger approach to security, privacy and now personal safety will help it stand out.