While cyber security was once the exclusive purview of managed security service providers (MSSPs), one Microsoft specialist is increasingly being asked to solve security problems for clients.

Co-founder of Fast 50 2021 No. 1 Arinco David Lee said an increasing number of customers were asking its consultants to assist with security given the company’s Microsoft expertise and the vendor’s recent increased focus on security.

“If you look at [Microsoft’s] suite, they are a security company and quite a compelling one. The products [in a] side by side comparison are now looking much, much more competitive,” he told CRN.

“But the story is that Microsoft is now selling the whole ecosystem that it provides. Security is not just about using one tool to fix a problem and you need to look at it holistically.”

Lee said that being known as a Microsoft specialist and having skills that stretch across the vendor’s product suite has opened doors to other opportunities, which is unique to the Microsoft ecosystem.

“It’s actually really interesting,” he said. “When we talk to Microsoft, and they like to pigeonhole their partners… not so much pigeonhole, but I get what they’re trying to do. They’re trying to work with a partner to understand the specialties and whatnot, but the way we see it and because we are a pure Microsoft play, we like to say there’s a kind of a nice ecosystem, a cyclic ecosystem.”

Lee added that due to the prominence of cyber security breaches in the media, the company had been getting an increasing number of requests from customers to assist them with security needs.

“Cybersecurity and even data protection and models around that is probably something that fell by the wayside that needs to come back into focus now.”

“If we’re working with the modern workplace, the endpoints and the end users, great, we understand how their business operates. Those generally need to be backed by some sort of back end system that needs to host to be on Azure, great, that’s us.

“We help you with the Azure platform aspects and, as we kind of set that Azure Platform view, at some point they’re going to want to collect that data and get some telemetry out of it. So that’s become the data platform capability, that needs to sit on Azure. So that kind of allows us to work laterally in that space.”

He said that, after all the data analytics comes into play, it still feeds back to the end user.ADVERTISING

“Maybe that needs to be a custom app, maybe that needs to be a power platform app. So it might start at one entry point, but we come kind of almost full circle, and we’ve hit every single aspect and problem they have within their business from an IT view, employee-facing IT, ops-facing, business-facing and customer-facing.

“Particularly, a lot of the work we do with consumer identity, and front end customer apps, you know, so we’re servicing every part of their business where they have IT problems. So it’s a nice little ecosystem for us.” 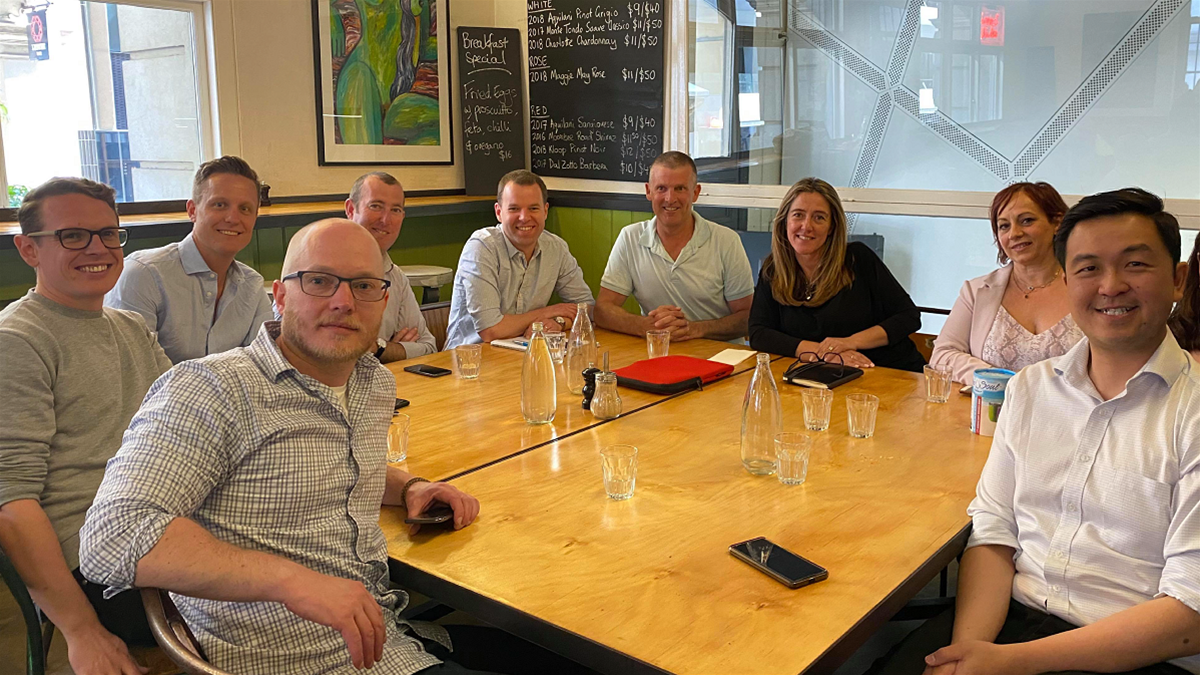 After a year that included landing some major accounts, winning four CRN Impact Awards and topping the 2021 CRN Fast50, Arinco has big plans for the new year.

The Melbourne based company’s co-founders, Lee and Chris Padgett, said that alongside growing the Victorian business and expanding the company’s operations in New South Wales, where it opened a Sydney office in January last year, Arinco is looking to double down on investments in capabilities it made in the past 12 months.

Those areas include Microsoft Azure Data and AI; Azure application modernisation and GitHub DevOps; and Microsoft security for 365 and Azure.

“With our success delivering many cloud foundations on Azure for our clients and helping them to migrate and modernise their existing or new applications and deploying remote workplace solutions for them, this has allowed us to expand our delivery areas into these new capabilities,” Padgett said.

The company’s data team is now a year old and five people strong and Padgett said the company was working to expand the practice.

“With our expertise and experience around Azure DevOps and now GitHub, we are looking at helping customers of ours, Microsoft and GitHub to determine what is the right toolset for them to adopt and deploy for their applications and infrastructure CI/CD [continuous integration, continuous delivery and continuous deployment] pipelines and toolchains and even migrating them to GitHub from elsewhere.”

Lee added that the other major benefit for Arinco was the exposure its consultants get into technology areas beyond their traditional expertise.

“Our consultants love it because it’s their breadth of exposure that they get and you might be a pure infrastructure person, but now you’re learning about how data platforms work and machine learning and ML Ops come into play,” he said.

“So it’s a great opportunity for our clients to kind of build a more holistic view. Because at the end of the day, we’re just delivering outcomes and solving problems for customers. Technology’s just how do we do it.”Got a news tip for our journalists? Share it with us anonymously here.