It’s fair to say that MSPs serving small to midsize businesses have had to do a fair amount of thinking on their feet over the past two years as their customers’ businesses pivoted—in some cases, quite literally overnight—to hybrid or remote working and they had to find brand-new ways to take care of their end customers.

The SMB ecosystem is made up of about 400 million companies and a total of 65 percent of all global employment. The opportunity? A US$610 billion IT spend, according to Michelle Ragusa-McBain, global community lead and channel evangelist for MSP and XaaS for Cisco Systems.

In front of an audience of MSPs in the US, Ragusa-McBain shared five tips that MSPs targeting SMBs should keep in mind as they craft and carry out their marketing strategies, build their company culture and implement sales outreach efforts amid the hybrid work demands of their employees and new buying behaviours of their end customers.

Here’s what Ragusa-McBain had to say.

The majority—75 percent—of SMBs are eager to embrace new technologies but often have no IT team to help them. That’s where MSPs, or “essential workers,” come into play, Ragusa-McBain said.

MSP business prior to 2021 was predicted to grow by about 10 percent. But 2021 ended with a prediction of 23 percent expected business growth year over year, with no signs of slowing down, she said.

McKinsey reported that executives spent more on digitization in 2020 than at any other time in history. Prior to the COVID-19 pandemic, 55 percent of businesses did not allow their employees to work from home, a statistic that quickly flipped as employees were sent home overnight. Seventy-six percent of global CEOs say that their business will be unrecognizable in the next five years.

“When I talk about the perfect storm, we all know that the pandemic disruption occurred. There is immense growth that is happening in our ecosystem, and we really want to figure out how we can seize those opportunities together,” she said.

It may sound like something every MSP has already done, but rather than focus on how they would like to be perceived, MSPs should be more concerned with what their customers actually think of them and what people say about them when they aren’t in the room, Ragusa-McBain said.

It’s critical that MSPs depict themselves in the ways they want to be seen to the audience they’re approaching. “If you want to be a visionary and a thought leader and a technology expert and a trusted adviser, you need to provide the people the content and the example that they’re looking for, that they’re hungry for,” Ragusa-McBain said, adding that MSPs should also be using LinkedIn to find the right demographics they’re trying to target and begin sharing. 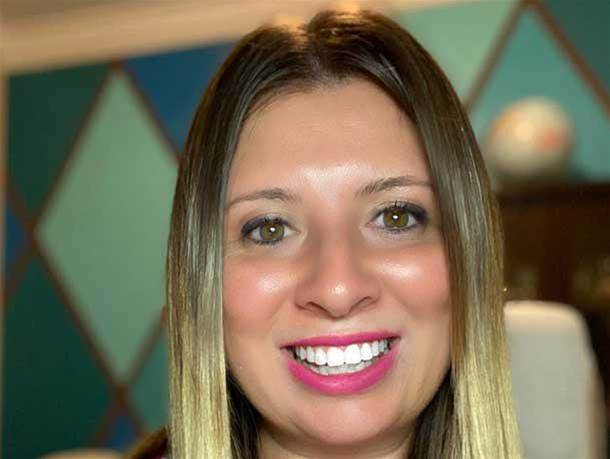 The future of work

Via Technology, a solution provider focused on IoT, has seen business take off with customers in construction, federal, state and local governments, and educational institutions.

The company offers Office 365, hosted email, storage, help desk and tech support, and physical security solutions. On the IoT construction side, Via’s employees have been considered essential workers. Everyone else can work remotely, said Manuel Villa, president of Via Technology.

That’s one of the big shifts the company has made in the last two years, Villa said. “It’s a total hybrid situation now,” he added.

Eighty-three percent of employees said they don’t believe they need to be in an office to be productive. A vast majority—89 percent—of workers feel that their job should be flexible, and 54 percent said that they will move jobs just to gain what they’re looking for in flexibility.

“It turns out it’s not just about customer experience. It’s also about your employee experience,” Ragusa-McBain reminded attendees.

Double down on security

Cyberattacks happened once every 39 seconds during the pandemic and a whopping 94 percent of all malware was delivered by email, according to Ragusa-McBain.

“It was cybercriminal field day. They took their oldest tricks in the book, and they targeted those that were susceptible because it was a time of panic and insecurity,” she said.

That’s because prior to the pandemic, the majority of people didn’t work from home and thus were on secure devices. “I think now more than ever, we have this unique opportunity to look at what’s happening in the world around you and the cost. Each cyberattack can be valued at over $1 million approximately. And every 14 seconds a business falls victim to a ransomware attack,” she said. Only 50 percent of MSPs have cybersecurity insurance, she added.

MSPs need to nail down their incident response plan because an attack or breach isn’t a matter of “if” anymore, Ragusa-McBain said.

Cisco has always been a partner-first vendor and the pandemic and shifting market dynamics have only strengthened the company’s commitment to the channel and MSPs in particular, Ragusa-McBain said.

Cisco wants to create an inclusive community that brings partners together to share experiences and feedback. The company is holding virtual and in-person meet-ups to talk about the topics that are top of mind for MSPs, such as pricing, marketing, M&A and taking business to the next level, she said.

“What did we miss the most during the pandemic? Getting together in a room, seeing your friends, taking off your industry hats and being one with the people who are living it with you in the trenches,” she said.

This article originally appeared at crn.com